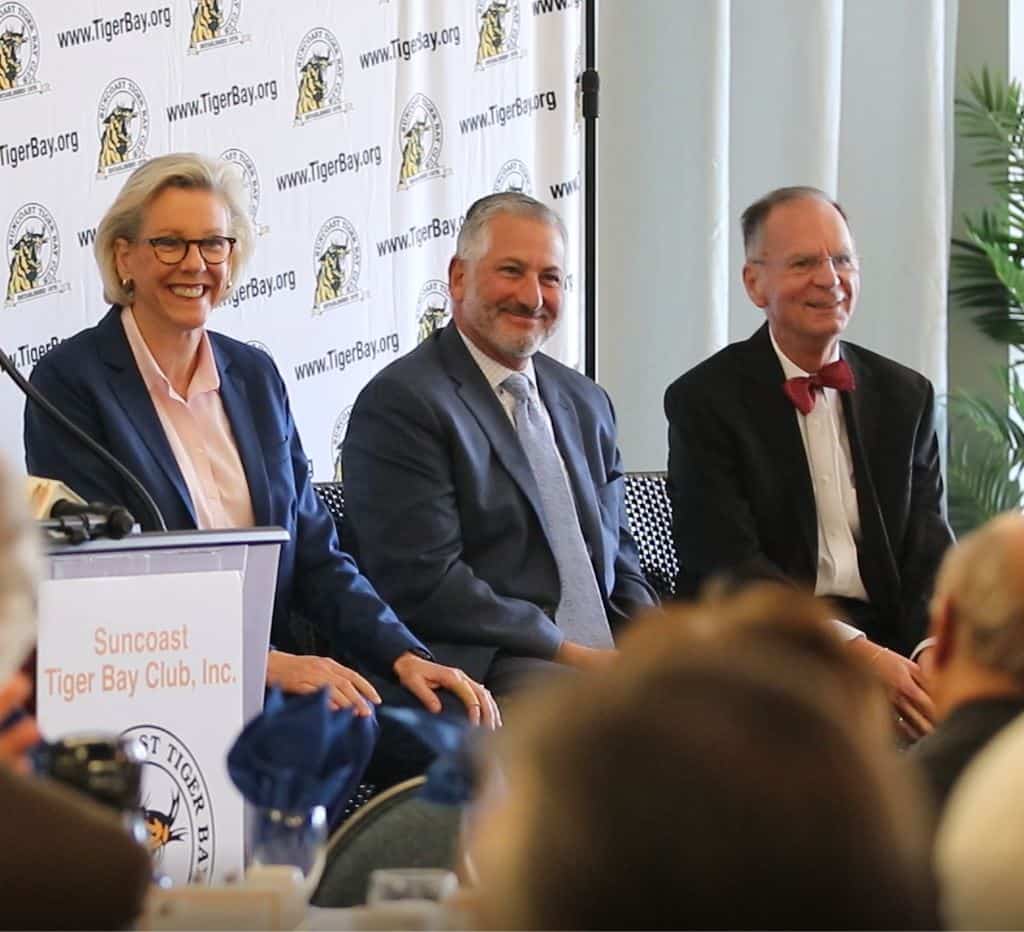 Thank you Mayor Rick Kriseman of St.Pete, Mayor George Cretekos of Clearwater, Mayor Jane Castor of Tampa and everyone who joined us for the 2020 State of the Bay!

Tiger Bay 2020 State of The Bay from St. Pete Catalyst on Vimeo.

Click play above to watch the full video of Tiger Bay’s annual State of the Bay program.

St. Petersburg Mayor Rick Kriseman, Tampa Mayor Jane Castor and Clearwater Mayor George Cretekos joined together Jan. 9 at Suncoast Tiger Bay Club’s annual State of the Bay event at the St. Petersburg Yacht Club. Before an audience of nearly 200 people, the mayors discussed everything from transportation to regionalism, climate change to politics and beyond.