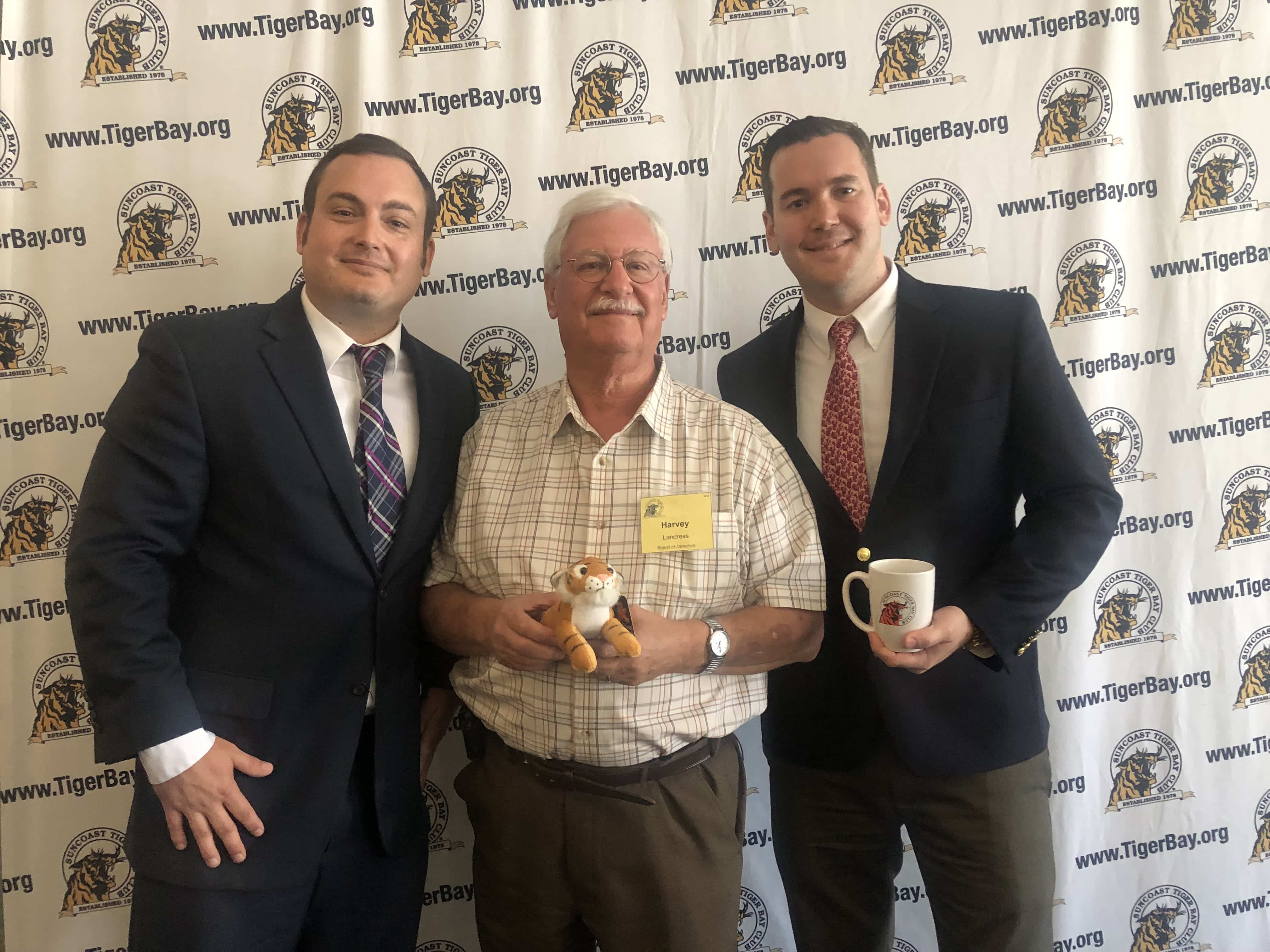 Wednesday’s debate was the candidates’ first opportunity to differentiate themselves in the nonpartisan race, and comes nearly one month after the race’s third candidate (and initial frontrunner) Scott Orsini dropped out of the race following the release of controversial tweets.

The debate, which was moderated by Janelle Irwin of Florida Politics, covered topics ranging from negotiations with Tampa Bay Rays to Tropicana Field site redevelopment, affordable housing, sustainability and transportation.

Here’s how the candidates squared up:

On the Tampa Bay Rays:

Blackmon has not come out with any plans for the Rays stadium, but said he supports the City of St. Pete’s Tropicana site development plan with the Rays stadium. Blackmon said he wants to see the Rays stay in St. Petersburg, but that Hornbeck’s plan is “not viable,” taking issue with the size of the stadium and the expense of a retractable roof.

On the Tropicana Field site:

Hornbeck believes that moving the Rays to Al Lang would open up the Tropicana Field site for the development of a world-class convention center. He believes the convention center would attract more tourists and bring more visitors to area restaurants, bars and breweries.

Blackmon called the Tropicana Field site a blessing, but was quick to acknowledge the controversial history of the site’s acquisition and the bulldozing of the Gas Plant neighborhood that was once there. Blackmon called for a memorial and an African American Museum to be included in the site alongside office space, hotels and a conference center.

“We keep putting in housing but we need to get corporate relocations,” said Blackmon. “We need to get more jobs here so I think office space is certainly wonderful.”

Blackmon was also clear about his stance on the more than a dozen parking lots surrounding the Tropicana site, arguing that the lots built in the ’90s no longer make sense for a city with a thriving downtown.

Hornbeck cited Mayor Kriseman’s “For All, From All” affordable housing plan announced last week, and pointed specifically to issues like changing zoning codes to allow for quadplexes and carriage houses as areas that could easily allow for more development. He also called for better educating the community about what affordable housing is and who it serves, including the elderly and veterans.

Blackmon came at housing from a business perspective. “My career has been providing affordable housing,” Blackmon said. “I’ve done it from a free market perspective. I’ve bought apartment complexes, condos, I’ve renovated them and I’ve rented them out. I’ve always been able to do that affordably and I’ve been able to undercut the competition based on knowledge and common sense. So I do have experience running a budget and running a business. I’m excited to bring a small business owner perspective to city council.”

Blackmon called for similar zoning changes, relaxing regulations on people “trying to do the right thing,” and allowing duplexes, carriage houses, mother in law suites, and more projects with community partners such as Habitat for Humanity. Blackmon also pointed to the city’s lot disbursement program as something to be revamped.

On Poverty in the CRA:

Blackmon said that moving people out of poverty came down to three main things: housing, jobs and education, and that addressing those main concerns would create change.

Hornbeck focused instead on another of his top initiatives, affordable young development, intervention and mentorship programs.

Neither Hornbeck nor Blackmon gave definitive yes or no answers regarding their support of the Central Avenue BRT project, the City’s Complete Streets initiative or the linkage fees proposed in Mayor Kriseman’s “For All, From All” housing plan.

“At the end of the day it doesn’t matter what I support, because it has unanimously passed Council,” said Blackmon of the Central Avenue BRT project.

“This is one where I need to listen because I’ll be honest with you: I drive a car, I don’t walk as much as I should and I don’t cycle,” said Hornbeck on Complete Streets.

Blackmon leaned hard on heavy-hitting endorsements he’s gained from political players throughout Tampa Bay. “Every endorsement that’s gone out in this campaign so far has been for me,” he said. Among Blackmon’s supporters are State Senator Darryl Rouson, State Rep. Wengay Newton and former Mayors Bob Ulrich and Rick Baker. He has also won endorsements from four current City Council members, including Darden Rice, Brandi Gabbard, Gina Driscoll and Ed Montanari.