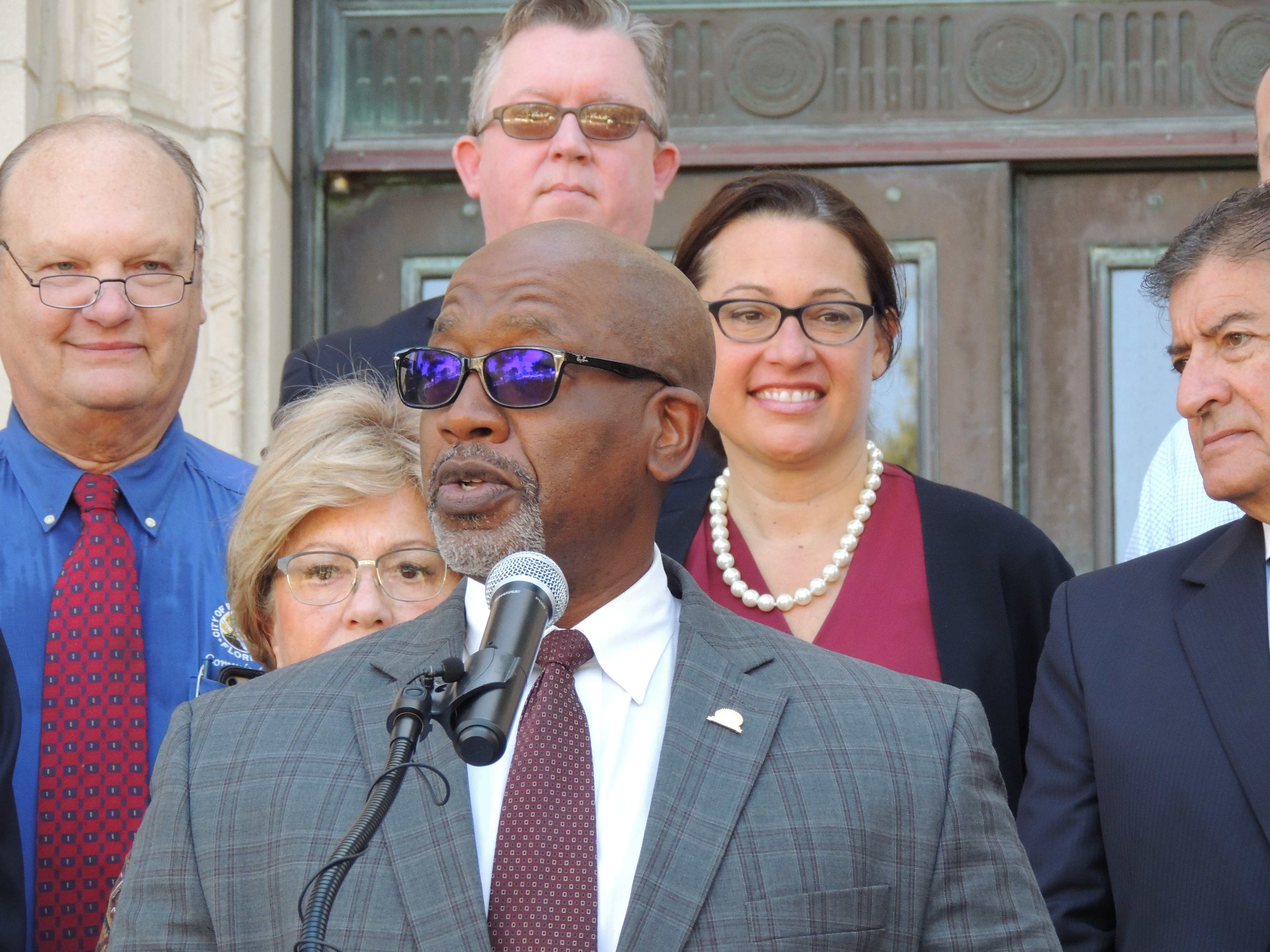 On Thursday afternoon in St. Petersburg the Suncoast Tiger Bay Club hosted a discussion about race and the legacy of racism in the city. Topics like reparations, gentrification and the racist symbolism of St. Petersburg’s segregated green benches came up. It was held at the St. Petersburg Yacht Club, which used to exclude African-Americans.

“It’s complex. And we’re not immune from the legacy of racism and discrimination. Just like every other city in the country, and especially cities in the south.  So this conversation today is vitally important. You can see it’s a sold out room. That’s encouraging to see. But I think in this community we are ready to embrace that discussion more fully.

“Especially as we move into redevelopment of historically African-American areas, as we talk about making sure we’re a prosperous county. An understanding of where we come from and having that racial awareness across the board is going to be vital to that.”

SK: Do students of color get the same education in Pinellas County as white students?

“How much time do you have? Because in my first year I was at all-black Melrose in 1970-1971. The next year we became integrated so I was bused to Bay Point. The quality of education at Melrose was great. It was a small classroom environment. It was also great at Bay Point. So I think there are a lot of factors. But the issue of poverty I think really impacts our schools.”