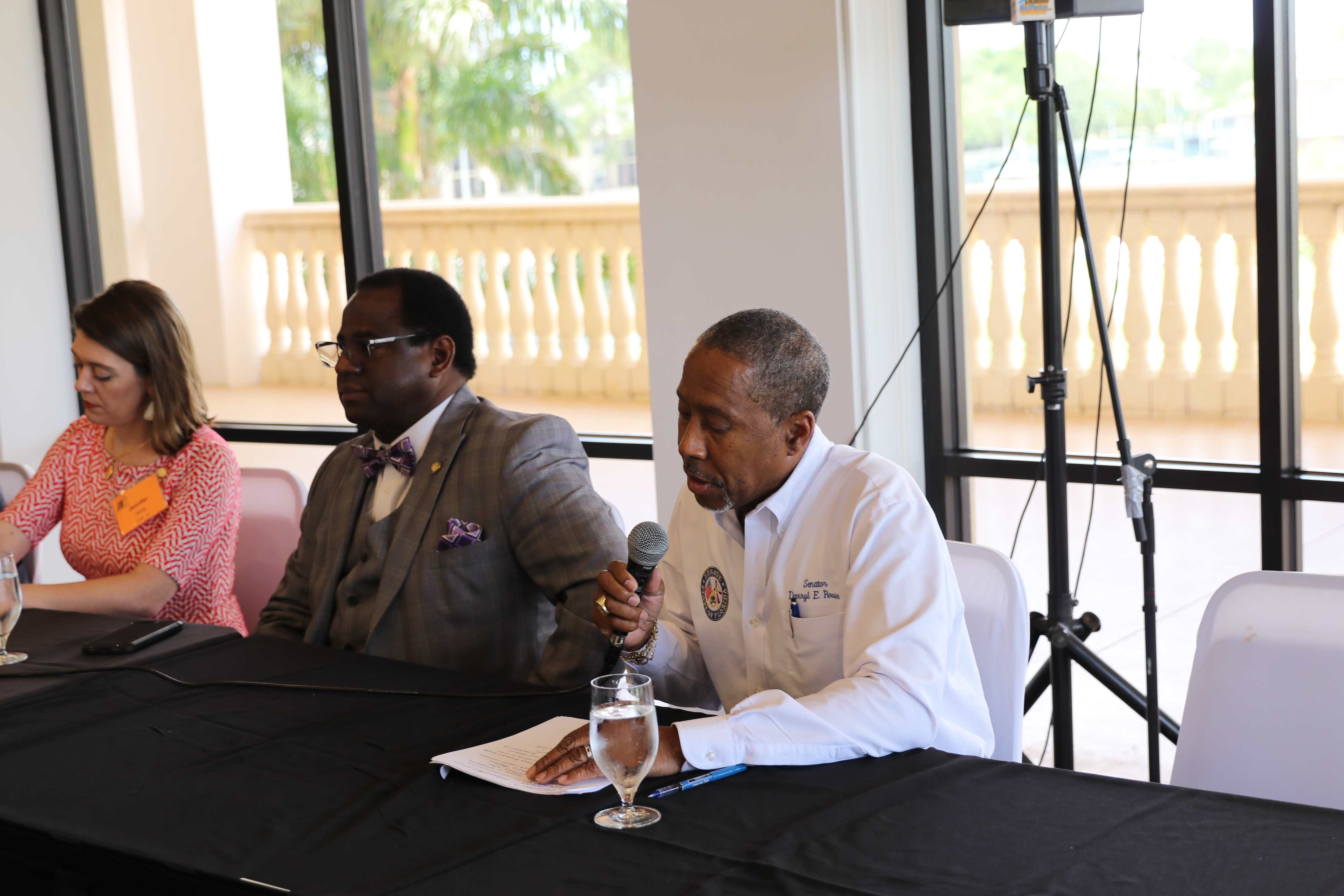 The media has been inundated with coverage of the explosive issues of the 2019 Legislative Session. From arming teachers to the implementation of Amendment 4, to a ban on so-called Sanctuary Cities. But it is in the weeks following the close of session that the stories behind the scenes arise.

The Suncoast Tiger Bay Club held the first of what will be many Legislative Wrap-up panels with the Pinellas Legislative Delegation Thursday at the Feather Sound Country Club.

A contingent of Pinellas Democratic legislators, including Sen. Darryl Rouson, Rep. Ben Diamond, Rep. Jennifer Webb, and Rep. Wengay Newton spoke at length about the challenges, accomplishments, and lessons of the 2019 Legislative Session.

The delegation’s Republican colleagues were also invited, but spent the afternoon with Gov. Ron DeSantis, who made a surprise visit to South St. Petersburg’s Mount Moriah Fundamental Christian School to tout the signing of an education bill that will create a new school voucher program, setting aside $130 million in tuition dollars for up to 18,000 low-income students.

The Democratic lawmakers shared their feelings on the progress of the legislative session, and how they made their voices heard as members of the minority party.

As for policy-making in the minority, “I learned a newfound respect for the amendatory process,” said Rouson. “Many times that’s the only way we could be heard, was by filing amendments on bad bills to try to make them better.”

Diamond, in line to lead the House’s Democratic caucus in 2022, characterized the session as filled with missed opportunities, despite passing what he called a very good state budget. “By the end of the budget conference, we reached a point, a really special point where pretty much the entire legislature was in agreement that the budget that we crafted was a good budget and correctly funded the priorities for Floridians,” said Diamond.

“But overall, the session from my perspective was very distressing because we had a number of policy bills jam through in the last week of session that I strongly disagreed with, and I know my colleagues here disagreed with.”

Webb, a first-year lawmaker representing district 69 called the session instructive. “There were bad bills that we were able to stop in committee, that we pulled together bipartisan support to stop on the floor, that we amended to the point where it was good policy instead of giving into the excesses of my colleagues from the other party.”