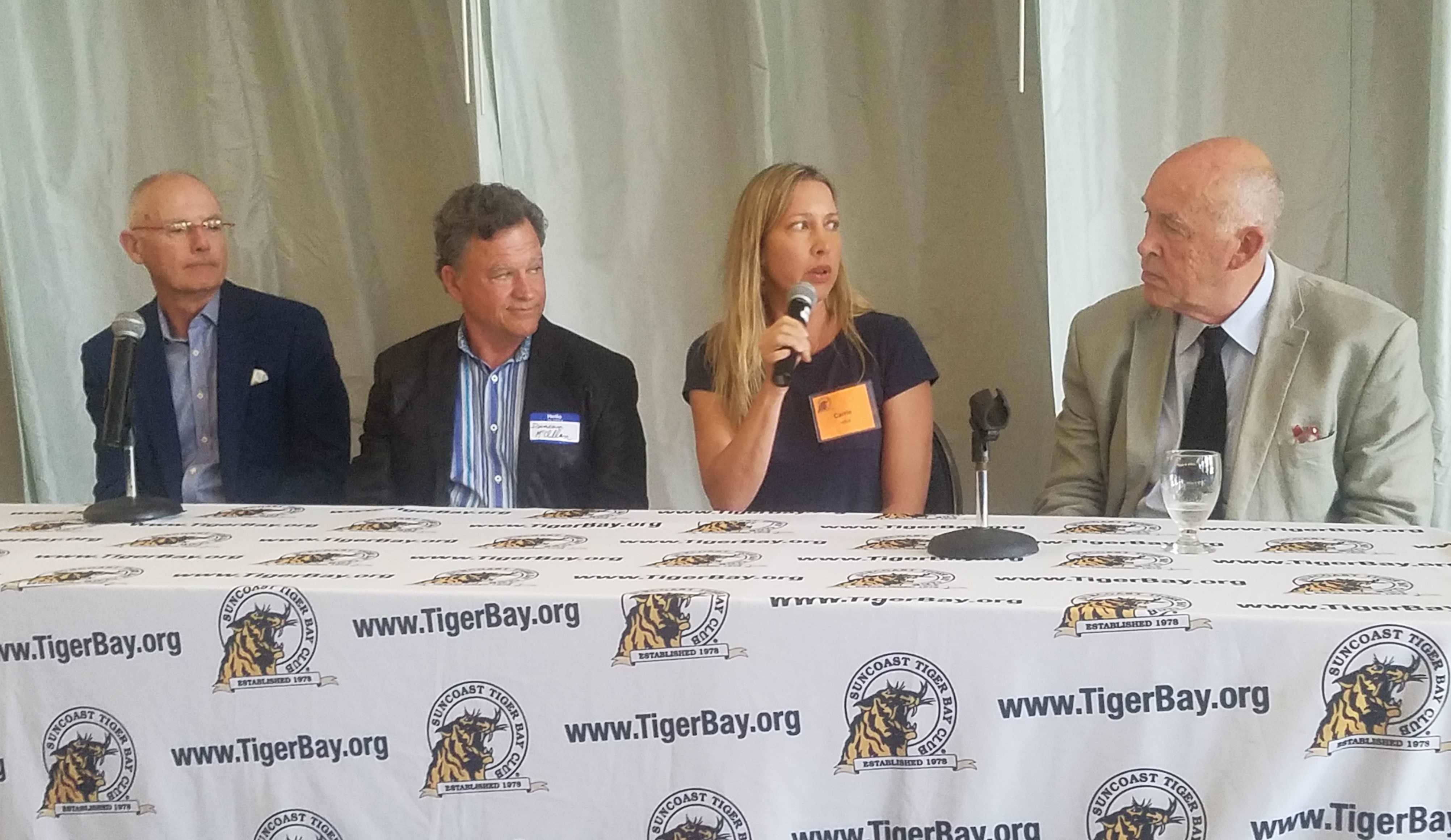 The Suncoast Tiger Bay Club welcomed a quartet of movers and shakers from St. Pete’s cultural community to its Thursday luncheon at the St. Petersburg Yacht Club.

It was Tiger Bay’s first discussion dedicated to the arts since 2010. In that time, arts and culture in the city have emerged as major economic drivers, at the same time the state legislature has eviscerated funding for the arts on an annual basis.

“We would love to see our leaders come up with funding streams,” Collins said, “so that every morning I don’t have to wake up and say ‘Who am I going to ask for money today?’ Because that’s how we’re funded to do these programs.”

A question was asked about the balance between art and new business in any community – can they exist together, and work together as economic springboards?

“There’s no difference between the impulse to make something new in glass, metal or canvas and to create a new business,” Hine said. “The lessons of elasticity, and going beyond the bounds of normal assumptions that an artist has to take, those lessons could be learned by business.”

Said Collins: “If you’re a company thinking about moving here, what is going to tip the scales in our favor? I would say it’s our City of the Arts. Nor that we don’t have to build a lot to support that moniker  that we’ve called ourselves, we’ve built it. But now we need to support it.”

The Arts Alliance director explained that he is frequently sought out by such companies, inquiring about everything from artists, studios and museums to performing arts venues and even art supply stores.

McClellan, Jadus and Collins agreed that while the Dali is rightfully advertised as a major cultural draw, the thriving arts scene here could use a bit more attention from local and statewide tourism bureaus.

“We’ve got a great infrastructure of the arts here,” McClellan said. “We’ve got something to advertise. That would be one of things I’d love to see implemented.”

Added Jadus: “The city provides a great art experience. I give them kudos for that. I feel that in some ways the artists, and the arts community, are the main drivers in pushing this forward, towards this being a city for the arts.”

What she wishes for, she said, is “a little more support at the government level, where we’re receiving the money we need to maintain ourselves as an arts city.”