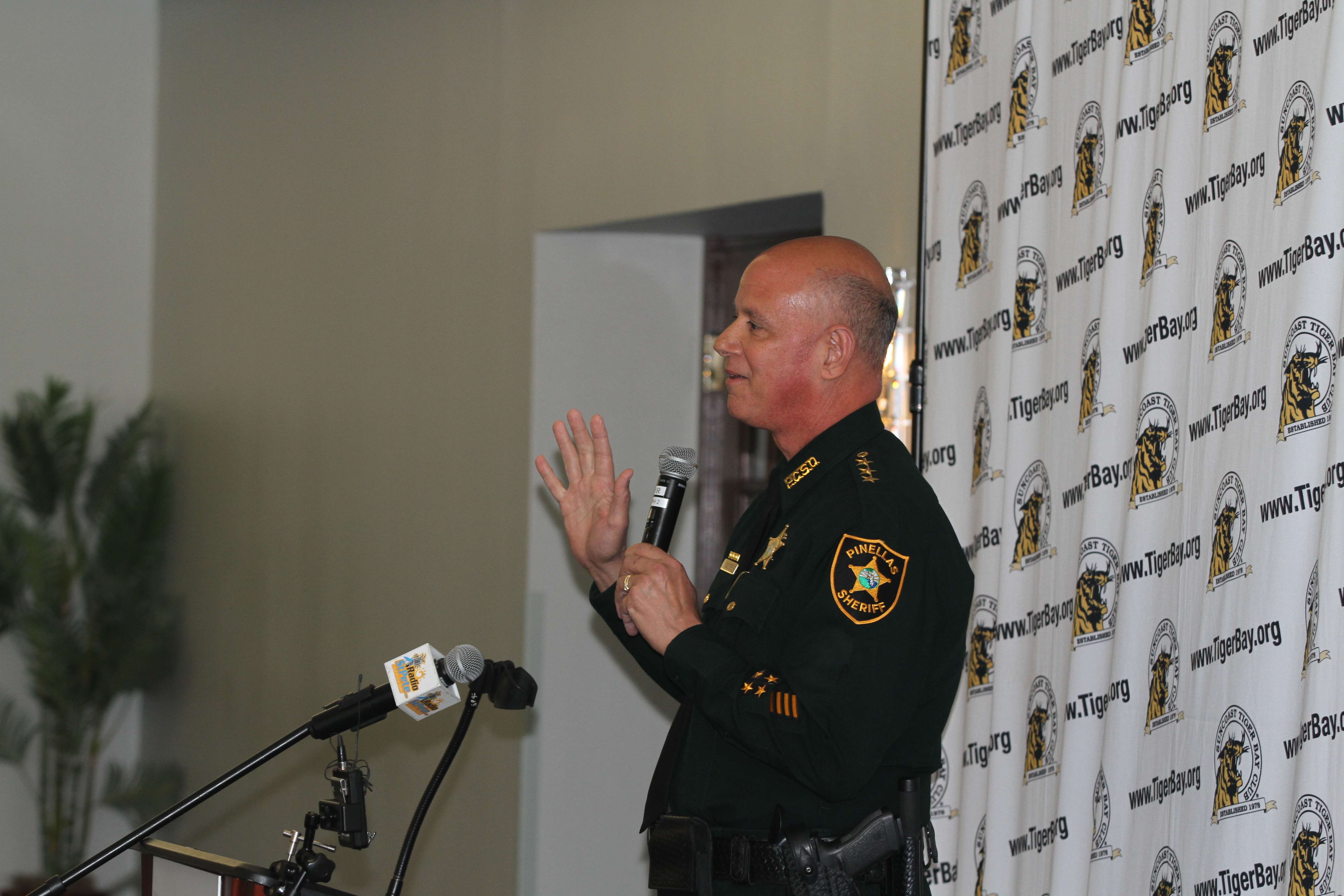 If there is one thing that Pinellas County Sheriff Bob Gualtieri has been unequivocal about, it’s that something needs to change in Florida schools. Gualtieri, who serves as the Chair of the Marjory Stoneman Douglas School Safety Commission, was tasked with analyzing and creating a law enforcement response to the Feb. 14, 2018 mass shooting in Parkland that left 17 people dead and 17 more wounded in just three minutes and 51 seconds.

“Think about that, look at your watches,” Gualtieri asked of his audience at a luncheon hosted by the Suncoast Tiger Bay Club last Thursday. “That isn’t even four times around by the second hand on your watches. In three minutes and 51 seconds he shot or killed 34 people.”

Gualtieri has come under fire since the conclusions of the Marjory Stoneman Douglas investigation became public, for his advocacy of the controversial practice of arming school personnel under the state’s Guardian program, created by state legislation passed in response to the massacre. The program allows school personnel trained to stop active assailants on school premises to carry a concealed firearm. To date, only two school districts in the state have allowed the program. Currently, classroom teachers are ineligible for the program.

During Thursday’s luncheon held at St. Petersburg Yacht Club, Gualtieri defended his position, fielding questions from the public on arming teachers, mental health policy solutions, and the logistics of implementing Guardians into schools.

“The biggest question for all of us is, ‘What have we done differently to drive a different outcome,’ if you always do what you’ve always done, you’re always going to get what you always got.”

The harm prevention vs. harm mitigation issue continuously arises not just in community conversations about these issues, but the national debate on school safety and gun violence.

Pinellas County Commissioner Janet Long asked Gualtieri why, if America is the only country in the world with this problem, we can’t study other countries who don’t have this violence. “What do you identify that maybe I’m not that makes us so special that we have this problem here?”

The Marjory Stoneman Douglas High School Public Safety Act, Florida state legislation passed in 2018 after the Parkland shooting, mandates at least one armed “safe-school officer” in every school, whether that be a school resource officer, school safety officer, or a guardian.

“And if you have people out there that want to do it, who are qualified or willing to go through a rigorous background process – a background check, a polygraph, a drug screen, psychological screening, etc. And they’re willing to go through rigorous training, weapon retention drills, site acquisition drills, shoot don’t shoot scenarios and all of what cops go through then we can have that two is better than one, three is better than two, etc.”

Harm mitigation isn’t the only focus, according to Gualtieri. But it is the most pressing. He outlined numerous prevention issues that could make these mitigation efforts less necessary in the future, including school-based behavioral threat assessments using multi-disciplinary teams to refer kids to proper services before they become a threat and master case management between the criminal justice system and the mental health system.

“Last year in the state of Florida, we had 102,000 Baker Acts. That’s not 102,000 different people … a whole bunch of them are bouncing back and forth between the criminal justice system and the mental health system,” Gualtieri explained.

“If I was going to suggest to the state legislature or to Congress, what could you do that in the long term would make the greatest difference and have the greatest effect would be establishing dedicated case management entities that are going to guide these people into the right resources, because they’re all co-occurring disorders between mental health, behavioral health and substance abuse.”