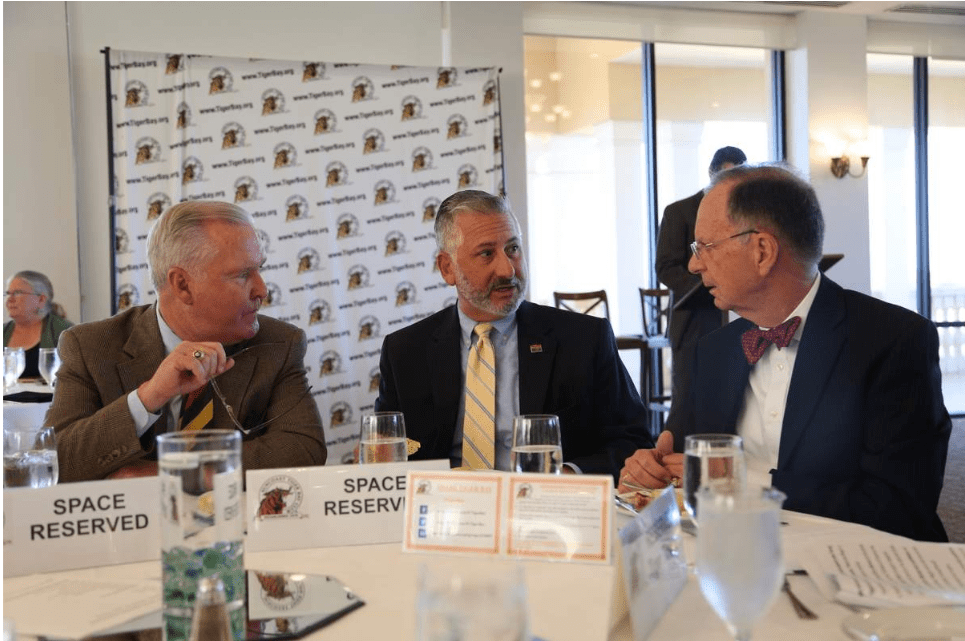 The mayors of Tampa Bay’s three largest cities held their final public chat this week, underscoring again how far the region has come in appreciating its shared future. Tampa Mayor Bob Buckhorn, St. Petersburg Mayor Rick Kriseman and Clearwater Mayor George Cretekos are different political animals dealing with distinct constituencies. Their cities have their own charms and challenges. But they have created the best relationships ever among the region’s big-city mayors, and they have built a strong foundation for their successors to work collaboratively to address transportation, water resources, the Tampa Bay Rays and other regional priorities.

Thursday’s lunch before a friendly crowd of civic activists in Clearwater was a final joint appearance before Buckhorn leaves office in May. With Kriseman serving his final term and Cretekos departing next year, it was a chance for the trio to trade gentle pokes and reinforce the strength of their relationships. While the cities have their own agendas, the mayors can come together on issues of regional concern. And where they disagree, these mayors have forged an easy and effective channel of communication, building a rapport that promotes understanding if not always unanimous agreement on regional issues.

Water. Buckhorn will ask the regional utility Tampa Bay Water again in February to approve Tampa’s plan to send highly treated wastewater into the regional water supply. The move could guarantee Tampa’s water needs for the immediate term, provide the region with the water it needs to grow and save area governments millions of dollars in avoided water projects costs. St. Petersburg has raised some environmental concerns and fears the move could pave the way for Tampa to leave the cooperative. Unless the impasse is broken next month, the standoff will fall to Buckhorn’s successor to convince the region the plan is a win-win. The future of Tampa Bay Water should not be compromised.

Rays. While St. Petersburg’s agreement allowing the Rays to explore a new stadium site in Hillsborough has expired, but the team and Hillsborough’s business and political leadership made significant progress before the Rays decided not to seek an extension of the pact to keep negotiating directly. The clock is ticking on the lease at Tropicana Field in St. Petersburg, which expires in 2027. Hillsborough should independently keep improving its pitch, St. Petersburg should decide how it wants to proceed — and the community deserves a clearer answer from the Rays. Cooperation, not competition, among the cities will be the key to keeping Major League Baseball in Tampa Bay.

It would be unrealistic to expect the mayors to always see eye-to-eye, and these three exercise power differently and have their own agendas. But they have advanced the cause of regional unity by talking openly, developing relationships and sending a positive common message. That commitment is an example their successors should follow.