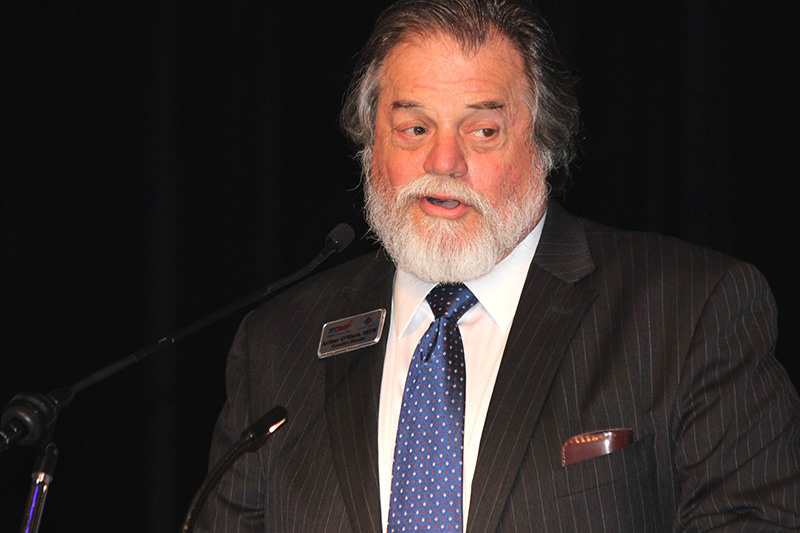 The education and welfare of Pinellas County children was paramount to Art O’Hara, whose vision – and tenacity – helped develop R’Club, Inc. into the largest and most successful education-based childcare program in the area.

The St. Pete native had been executive director of R’Club since 2000, after seven years in a similar position at the Children’s Home Society’s Gulf Coast Division.

Founded in 1967 as Latchkey Services, R’Club is a nonprofit that provides before- and after-school services for children of working families. Approximately 4,500 young people are served per day; the organization’s mission is getting kids ready for school, and helping them be successful in school, through curriculum-based programs, including STEM-related subjects.

Board president Dennis Ruppel said that O’Hara, behind his engaging smile and self-deprecating humor, was laser-focused on the organization’s mission. “He didn’t just go through the motions,” Ruppel explained. “He took on the big challenges.

“The most recent one was his advocating to our board that we agree to take over the operations of Happy Workers Daycare Center, which was a St. Pete institution going back to the 1920s. It had fallen on hard times in recent years and was at risk of losing its license. Art inspired us all to take on that challenge, to raise funds so that it can become a first-class facility. We’re far along, and I know we’ll finish it as part of his legacy.”

O’Hara was instrumental in turning around the fortunes of the Louise Graham Regeneration Center, which provides employment for developmentally disabled adults through the recycling and sale of paper products, in order to maximize their independence. He had been the center’s executive director since 2006.

“Art was very straightforward and very clear about his priorities,” said Ruppel, who joined the R’Club board in 1989. “The things he felt were important. And he had a very persuasive rationale about why his priorities should be adopted by the community.

“And because he did the things he said he would do, he garnered great respect from both city government and county government, the Juvenile Welfare Board and the state legislative delegation. People who got to know him understood that he spoke from depth; he really understood what he was doing, what he was espousing, and that he had a mastery of the complete picture. And that when he said he could get something accomplished, you knew he could get it accomplished.”

Tweeted Mayor Rick Kriseman: “Art O’Hara used his time on Earth wisely. He made a difference, made our community better. The future of St. Pete is brighter because of Art and his focus on our children.”

Mike Sutton, president and CEO of Habitat for Humanity of Pinellas County, wrote on Facebook: “The Habitat family is saddened to hear of the passing of Art O’Hara, and our prayers go out to his loved ones and the R’Club family. Many of our Habitat partner families have benefited from R’Club Child Care, Inc. programs over the years, and we are grateful for his leadership, legacy and the tremendous impact he made in our community, especially for local children.”

O’Hara, the divorced father of two adult sons, held a bachelor’s degree in political science and sociology from the University of South Florida, and a master’s in social work from Florida State University. He began his career in social work as director of the San Antonio Boys Village in Pasco County.

He was also a past president of the Suncoast Tiger Bay Club.

“Art had a captivating smile and a shine to his eyes, which really was the emanation of how deep and rich his heart was,” said Ruppel. “He was a very, very caring person; it just radiated from him. And I think that’s why he garnered such respect and trust.”

O’Hara’s talent, he said, extended to building a solid, dependable team around himself.

“I know we’ll continue to operate well,” Ruppel explained. “We won’t miss a beat. But there’s just no replacing somebody like Art. He was very special.

“The board is highly engaged and will take all the right initiatives to find the best possible replacement. But there’s only one Art O’Hara.”

Funeral arrangements have not been announced.