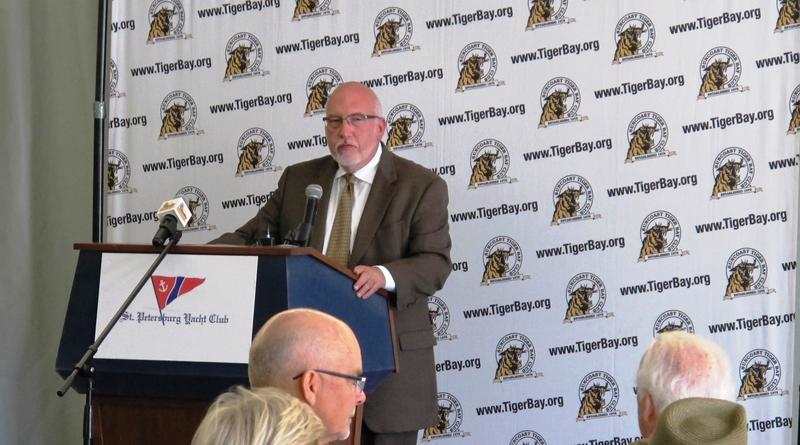 The campaign manager for Senator Bernie Sanders had a little advice for the Democratic hopeful for Florida governor during a visit to St. Petersburg Thursday. It boils down to: stick to your guns.

Jeff Weaver has been with the iconic Vermont Senator for decades, helping mold Sanders’ image as a defender of the “99 percent.”

Weaver told the Suncoast Tiger Bay Club the Florida governor’s contest is this year’s marquee billing. He says this is a clear choice between a right-wing candidate, Republican Ron DeSantis, and the progressive he arranged for Sanders to campaign alongside, Democrat Andrew Gillum.

“He put together the kind of coalition that is going to be critical going forward for the Democratic Party to win,” Weaver said. “There’s so many young people who have given up on the Democratic Party, and politics in general, and people like Andrew Gillum are bringing them back in. That was one of the things that Bernie Sanders did, one of the things that Barack Obama did.”

Weaver says for Gillum to win, he needs to expand his base of younger, more liberal voters and reach out to traditional Democrats like the working middle class.  Weaver said his role model would be Franklin D. Roosevelt and his grand coalition of working men and women and progressives.

“I argue that by returning to those roots, and people like Andrew Gillum and Bernie Sanders, Stacey Abrams in Georgia and others,” he said, “that we in fact can reconstitute that grand coalition that made the Democratic Party the dominant party in this country.”